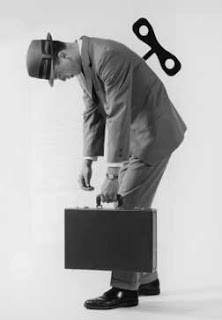 Right, having got the after effects of reading the Space Marine Codex off my chest, time for an update on my current progress.

I must admit that I've taken an impromptu break from the modelling/painting side of the hobby recently. I think I burned myself out, rushing to get an army finished within a deadline, which all proved for naught in the end as I was unable to attend the event the Morlocks were meant for. This means I didn't really do anything with them until two days ago, when I broke out the paints again.

Looking at the Morlocks all lined up, I got that "overwhelmed" feeling you get when you just have too many models to paint. So the new plan is to do a squad of Morlocks, then return to the Hellebronian Helghast to do a squadf Storm Troopers, then on to a squad of normal Iron Hands, maybe some Jyshites, then keep rotating. I'm hoping the diversity will distract me from the fact that I'm painting a very similar set of models silver over and over again...

That said, I can't see myself doing much for the next week, what with Christmas coming up, and Assassin's Creed II winging it's way to me as we speak...

So, for the new year we have... intentions (I won't say resolutions, they always fail dramatically) to keep rotating my paint line to keep it fresh.

Also, once Prospero Burns and A Thousand Sons come out and I've devoured them, I'll be planning a small force of Thousand Sons. I'm not too sure how many of them - it could range from a Sorcerer and his sect to a small skirmish force, depending on whether I get bored of modelling them or not...


Here are some of the pictures I'm using for inspiration: 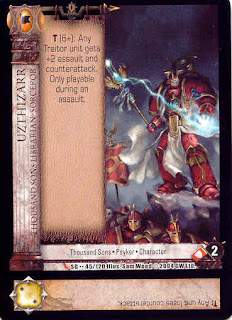 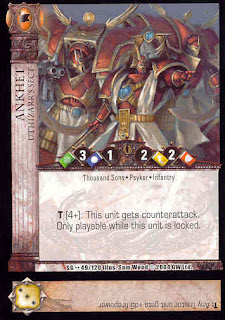 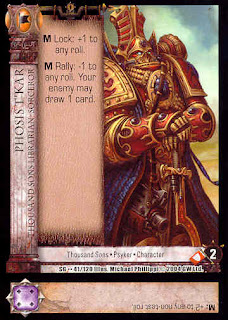 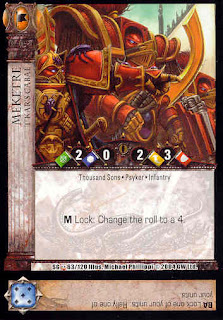 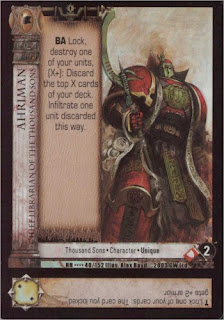 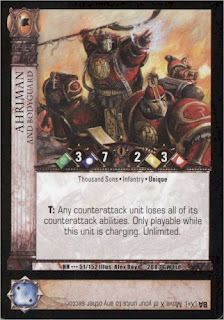 And of course, Magnus 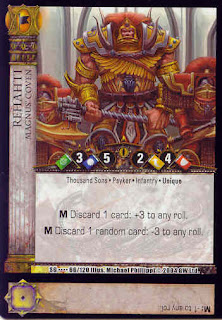 Three out of four of these guys have Terminator sects, so I'll be uing these as a test bed. I want to try and improve on the method I used for the Morlocks. The more I look at them, the more I see the flaws... So these guys should allow me to try some stuff out in preparation for doing Ferrus Manus and his bodyguard - including a newer, better Gabriel Santar.

I'll be using the new Crusader Legs from Micro Arts Studio for these guys, as they should fit quite nicely.

So that's the plan as it stands. Comments? Ideas? Suggestions?