In response to an e-mail I received the other day, I'm just posting up some pictures of my non-Terminator Iron Hands. These pictures are quite old, and none of the models look the same as they do today, but they're close enough. Sorry Levi, no devastators though - they're too recent an addition.

So first up, we have my first PH Iron Hand - a Standard Bearer. He was supposed to be entered into a contest over at The Great Crusade, but was not finished in time and has since been disassembled. The right arm was based on a necron with added wires, though if I were to redo the conversion, I would add far more bulk to it. 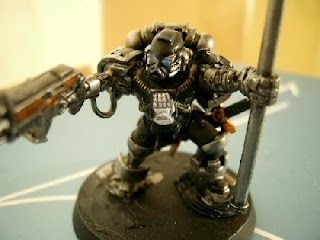 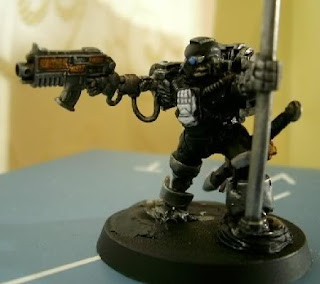 At the time, these were going to be following CSM rules, hence the double special weapons. I've since changed my mind on this (interesting, related article here) so will have to build enough normal guys/heavy weapons to double the amount of squads I have. 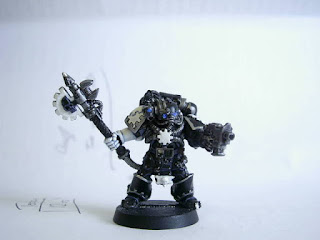 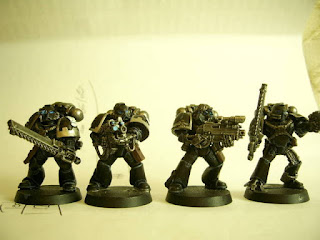 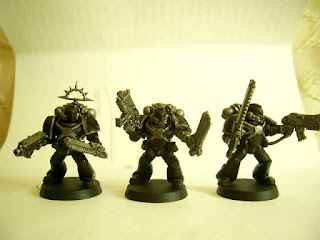 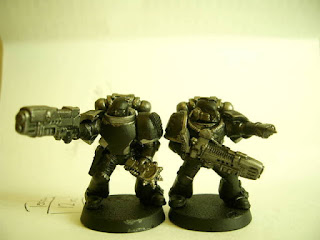 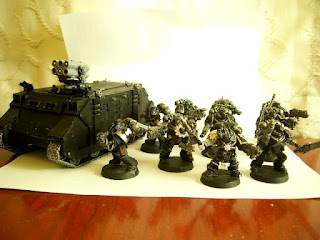 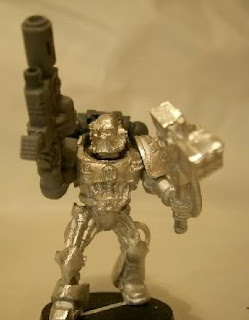 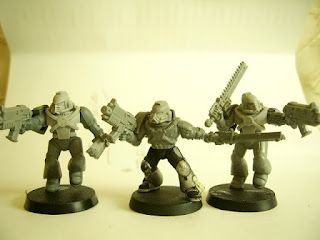 I've since added some Devastators as well as two characters to the army, and they're all stuck down my friend's place at the moment - which is probably a good thing, considering how hard it has been for the past few weeks to concentrate on the Morlocks.
Posted by Itkovian at 15:48