Must have unit: Terminators 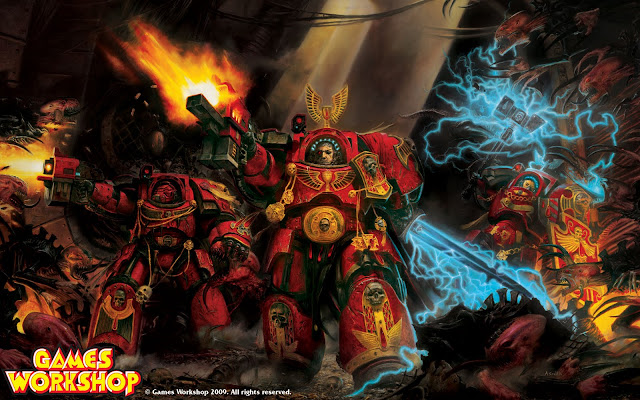 I've always loved Terminators of every type, be they Assault or "Tactical". They were the first Space Marine box set I ever bought. There's just something about a walking man-tank that ticks all the coolness boxes for me, and I could count on half a hand the number of games I've played without them.

It's not even due to their effectiveness on the tabletop. My prized warriors have probably, over the years, spent more time sitting in reserves and never showing up, getting "pwned" by power weapons (especially before the 5+ Invul), or Deep Striking into impassable terrain than they have on the tabletop taking names (I can be ridiculously unlucky with these guys).

It's the idea, the fluff, that makes me take them every time - they just ooze awsomeness. Scenes such as Forrix's in Storm of Iron, the assault on the Whisperheads in Horus Rising or the original story I read about them, during which a Wolf Guard champion got trodden on by a Titan, dug his way out of the rubble then sauntered back over to the squad he was just talking to, taking the conversation back up with a casual "As I was saying...".

So yes, my must-have unit: Terminators (or failing that, dreadnoughts... :D)
Posted by Itkovian at 16:58