While building the first squad, I've been wondering about basing options. Having decided that all my slate would be for my IG, and wanting a nice easy basing solution, I've decided to go with resin bases.

Having had a look at Dragonforge, I've found two types that I like so far: 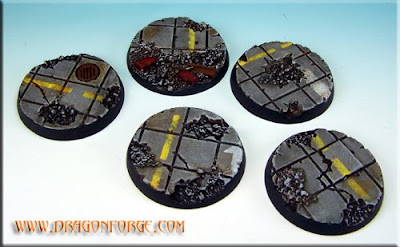 These are some very nice-looking bases. They would fit in reasonably well with my Helghans (in that there is rubble) and contrast nicely with the metallics of the models. There is however, only one set of them - so I'd have 5-6 of each type of base throughout the army... I could make variant ones myself, but that would go against the reason I chose resin bases in the first place... 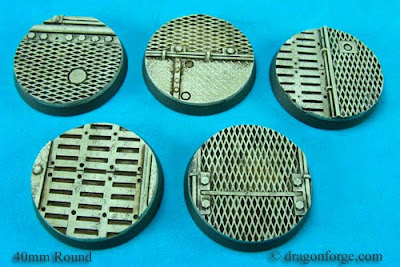 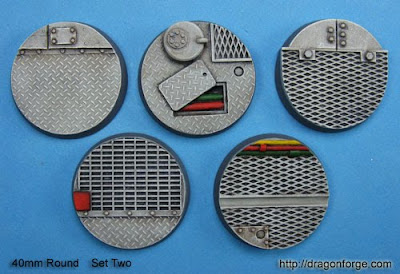 These ones, again, look really good, however they pretty much demand a metallic paintjob, creating insufficient contrast between the model and the base. I could paint them grey, as in the photos, or go for a rusted/worn look - as if they're raiding a Space Hulk or somesuch. One major advantage is that there are ten different casts, resulting in only 2-4(max) repititions of the same base. They would also reinforce the Iron Hands "feel" of bionic-machine-madness.


So what do you guys think? Have you seen other bases resembling these ones on other sites that may fit as well? If so, please let me know.