I'm currently preparing for a game on Monday - my first in months, and only my second in 5th Edition. Thankfully, with Kev having moved much closer to where I live, and Chris saying he's finally going to get his room cum gaming room sorted, it would seem that I should be playing much more often from now on. So Monday, we have a nicely-sized 3000pt game. This is the usual point limit Kev and I stick to - lots of room to play around with your list, and it feels more like an army. If we start doing games during the week though, the points totals will have to come down. It sometimes takes us as much as twelve hours to finish up a game, mainly because we like to take it at a leisurely pace, drink a few beers, discuss the hobby or specific tactics while we're at it. We're notorious for going off on tangents for half and hour here and there. It may take longer, but it makes for a pleasant experience.

So for this game, I'll be fielding 2 detachments - one of Space Marines and one of Imperial Guard, which is great considering I have yet to play with either of these two codices. Should be a fun learning experience. I though I'd show you my list quickly:


This all comes to a grand total of 2992pts. I'll try and find somewhere to spend an extra 5pts. I'm seriously considering lopping off the Captain's bolt pistol and replacing it with a pointy hand - I don't like the way it skews the point total... The idea is to have the Ironclad and one of the tacticals drop down in the first turn to cause havoc in the ork lines.

I love dreadnoughts - in one of my old games, mine single-handedly weathered almost ten stikkbomb attacks only to grab the Warboss mid-leap, do some spinney-spinney then throw him back into the midst of his Nob bodyguard - who promptly legged it and got run down... Ah, good times!

While the initial distraction goes on, the assault terminators will be bombing across the board in the Redeemer with both Space Marine characters, supported by the Hellhound, Predators and flame-taxi chimeras. Beyond those ideas, I don't really know what will happen, but it should be fun finding out!

So in light of this, I've spent the day arranging my models, and filling gaps that need filling to complete the list. Now I'm down to two scratch-built transports which I will finish tomorrow. I've had to change the design in light of finding 3D models for them (more on that in a later post). So the first one will be scrapped for parts and I've drawn up some new templates for myself to go by.

So how long do you guys generally take during games? Do you like to stretch it out like us, or do you prefer to keep the pace up and get it over and done with as soon as possible? Which approach do you think is best? I'd love to hear your thoughts...

[EDIT]: Blogger irritates - all the line breaks were removed when I uploaded the picture... Not impressed.

I've been looking at ways to start making a dedicated board and some scenery to go on it recently, in preparation for my completed army. I suspect it'll look a bit better than a couple of MDF board with a bunch of unpainted COD buildings lying on top of them...

As I've been looking around, I seem to be falling more and more out of love with the COD sets - they really are a bit too busy to feasibly be believed in as normal buildings. I'm going to have to have a look in at disassembling the sets I've already constructed and using them with spacers - though that may prove too great a challenge considering the amount of plastic glue I poured over those things...

Anyway, I thought I'd gather together a few links, for both me and you lot. They lead to projects, Q&As, etc... that I've found particularly inspirational while surfing around for ideas. If you have a link yourself, or one of the links dies and I don't notice, drop me a line via the comments and I'll add it in to the post/try and restore the link as soon as possible. 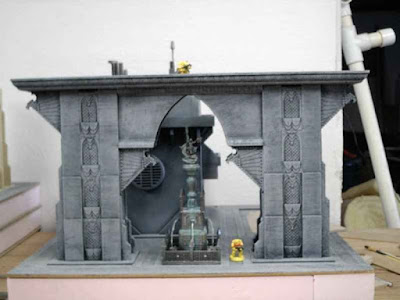 How does one paint a gaming board?


Stuff to put on gaming boards: 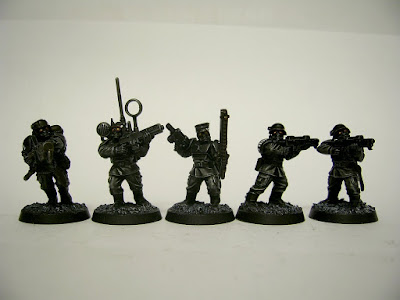 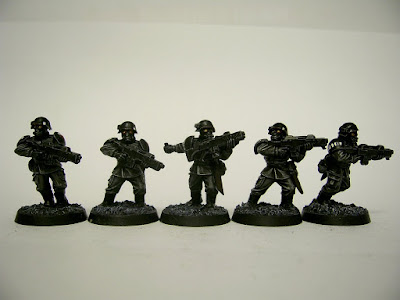 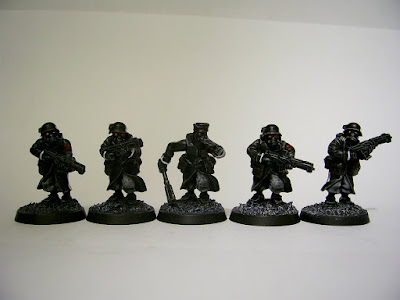 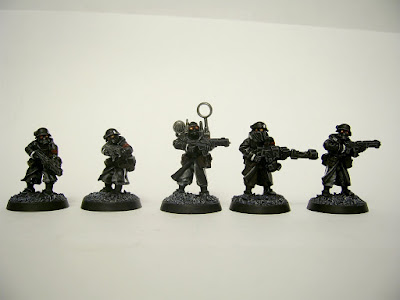 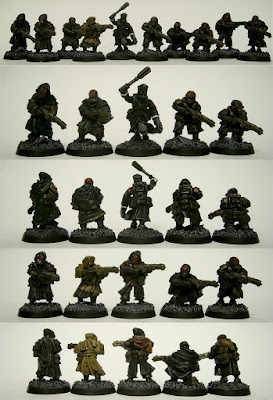 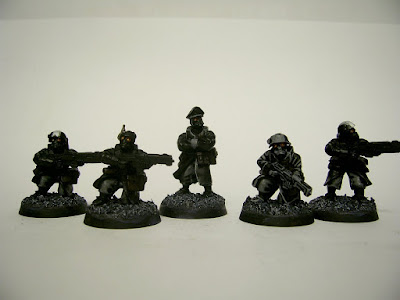 Now I know I should be blogging more (I still have the three squads I need to do "Done" posts for as well as some progress made on the Penal Legionnaires), but tonight, I just wanted to give a quick shoutout to Mr Justin who has a great blog. Of note, he recently bought out a series of video tutorials for simple weathering techniques. Seeing the techniques being applied in real-time is a real eye-opener, and has given me a much more concrete view of how I want to paint my tanks, once I get round to them. He also has a pretty extensive back catalog of comissions he has done, which are always worth a look.

So head on over and peruse at your leisure, there's some great stuff to have a look at!