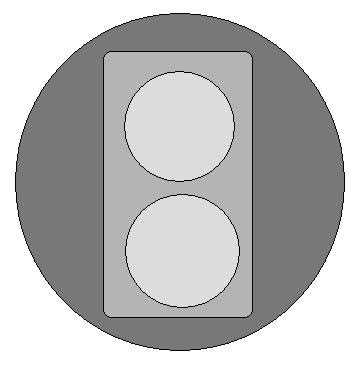 More planning today, mateys(sorry, watched POTC 1&2 last night...). This time, on the subject of heavy weapon teams. Someone recently directed me to a terminator-style model (with a german helmet) and suggested that I use them as "counts-as" heavy weapon teams. I'm personally not too keen on the idea. For one, as will be seen in a future planning post, I have plans for the Helghan "Heavies" already, and secondly, it's to do with the base size.

Current ruling, as far as I know, is that you must use a base that is either the same size or bigger than the one supplied for the model in the box. For heavy weapon teams, this is (I believe, please correct me if I'm wrong) a 60mm base which, when you get down to it, is pretty damn big. I know I'll be having trouble fitting these things in, for example, ruins or cover with such a massive base. So I came up with that amazingly technical drawing there.

The idea is that I can use the standard 60mm base for any game that isn't with one of my regular opponents then, when playing "the usual suspects", I can just remove the outer section (the dark one) and end up with an effectively cavalry-sized base. The main problem is going to be keeping the thing secure, but, thinking about it, once the team is set up, it's not likely to move for the whole game, so it won't be much of a problem.

So what say you? Yay or Nay?

Just to clarify the model's I'll be using, for King's benefit: 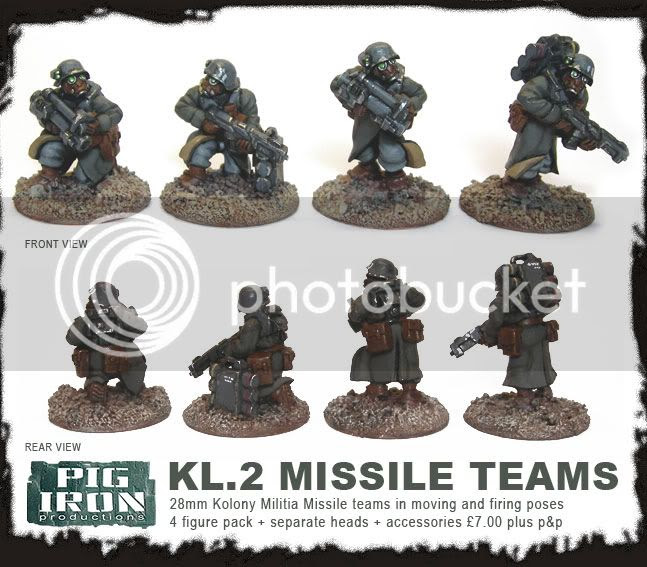 The left-hand models will be heavy bolter wielders 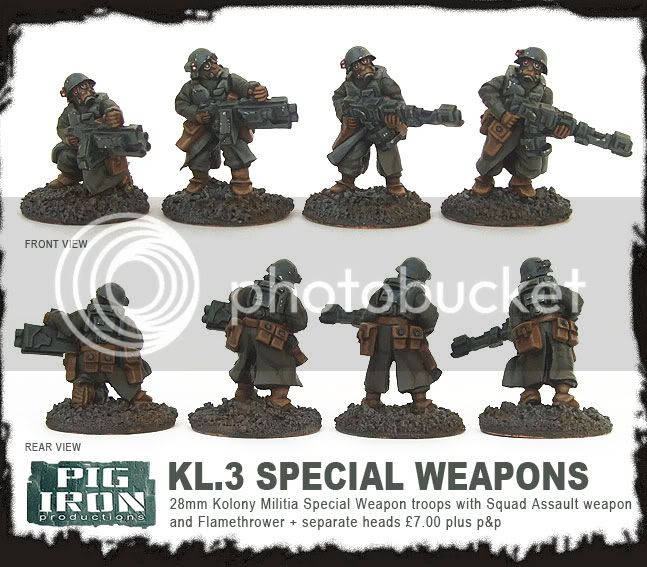 Eventually, heavy lasers should be coming out for the Kolony range, but here's a preview from their previous range. If it takes too long, I can just convert them anyway. 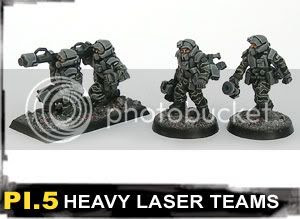